Akila Aipa's Specialty Twin + 1 set, designed to suit his unique board templates. This high area Twin was built to be pushed hard through turns with a centre fin for added control.

“I have put about five years into this fin, as far as tweaking it to get it where I wanted. It has a medium base and medium surface area but is more upright and has a thinner tip which will offer you pivot on the face and the pocket, while still giving you stability and drive.”

Designed by Akila Aipa, son of Hawaiian legend Ben Aipa, this twin fin template was developed to complement the design of his unique board templates, focussed more on performance than aesthetics. Overall a smaller set-up that can be used as a twin or throw the trailer in for a more familiar 'thruster feel'. 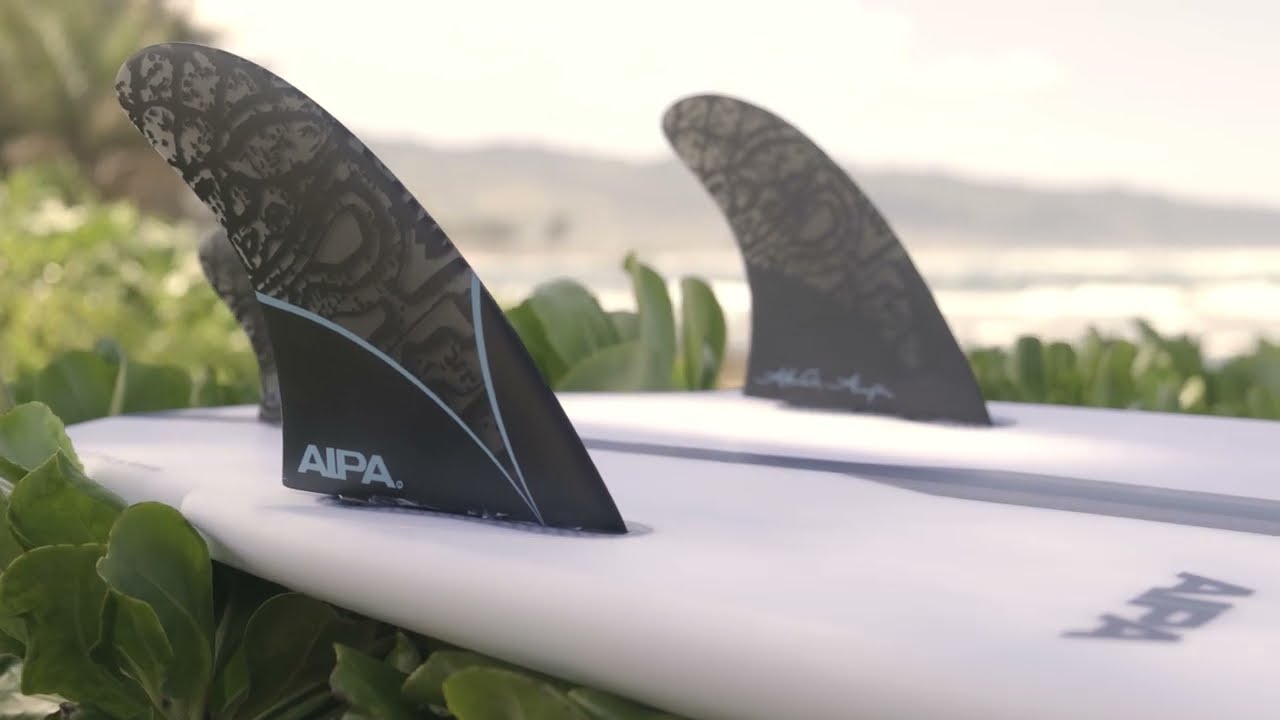